Super Hamster Havoc is an isometric twin stick arena shooter that takes places in a post-apocalyptical world where rodents rule. You can play online or locally in a suite of fun competitive game modes.

My work on Super Hamster Havoc:

Contributions to the project

The HUD in Super Hamster Havoc extends from a C++ base class that is updated whenever the values it visually represents are changed. This is ensured by implementing blueprints setters for all relevant members, using said setters in C++ when changing values, and evoking blueprint events that UI developers can use for their work. 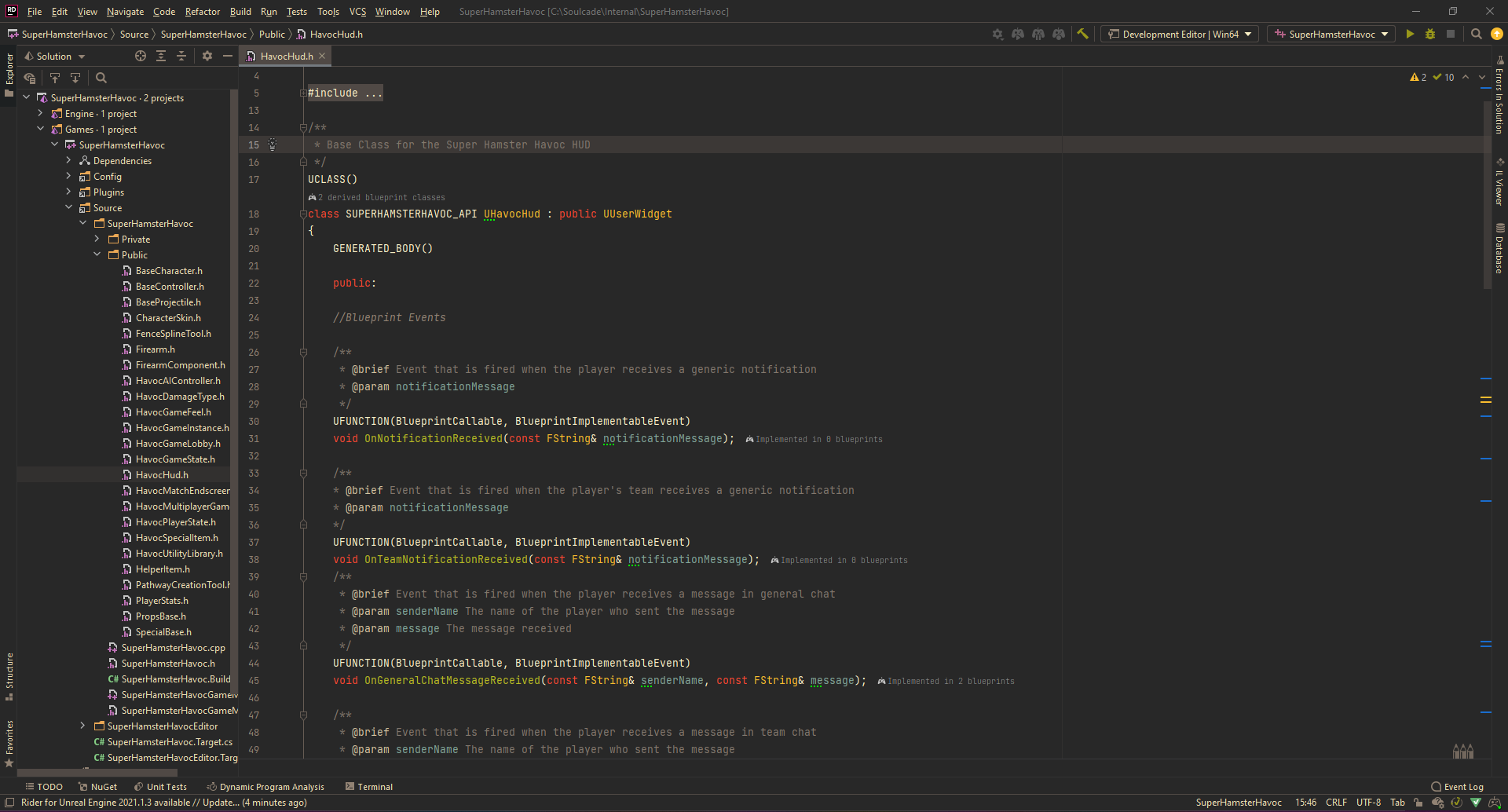 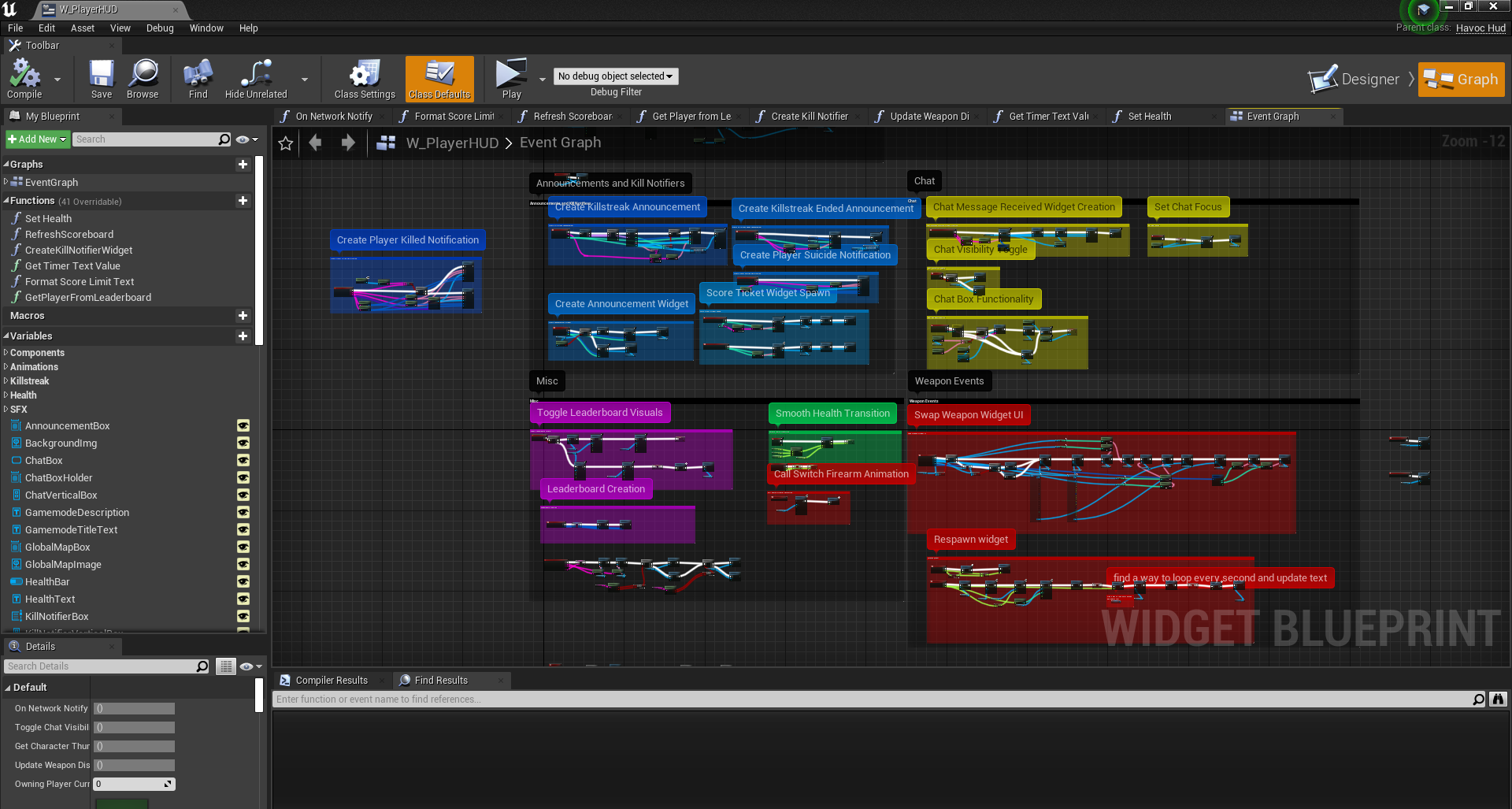 All the game modes that derive from it have functionality exposed for overriding, and creating various playable game modes 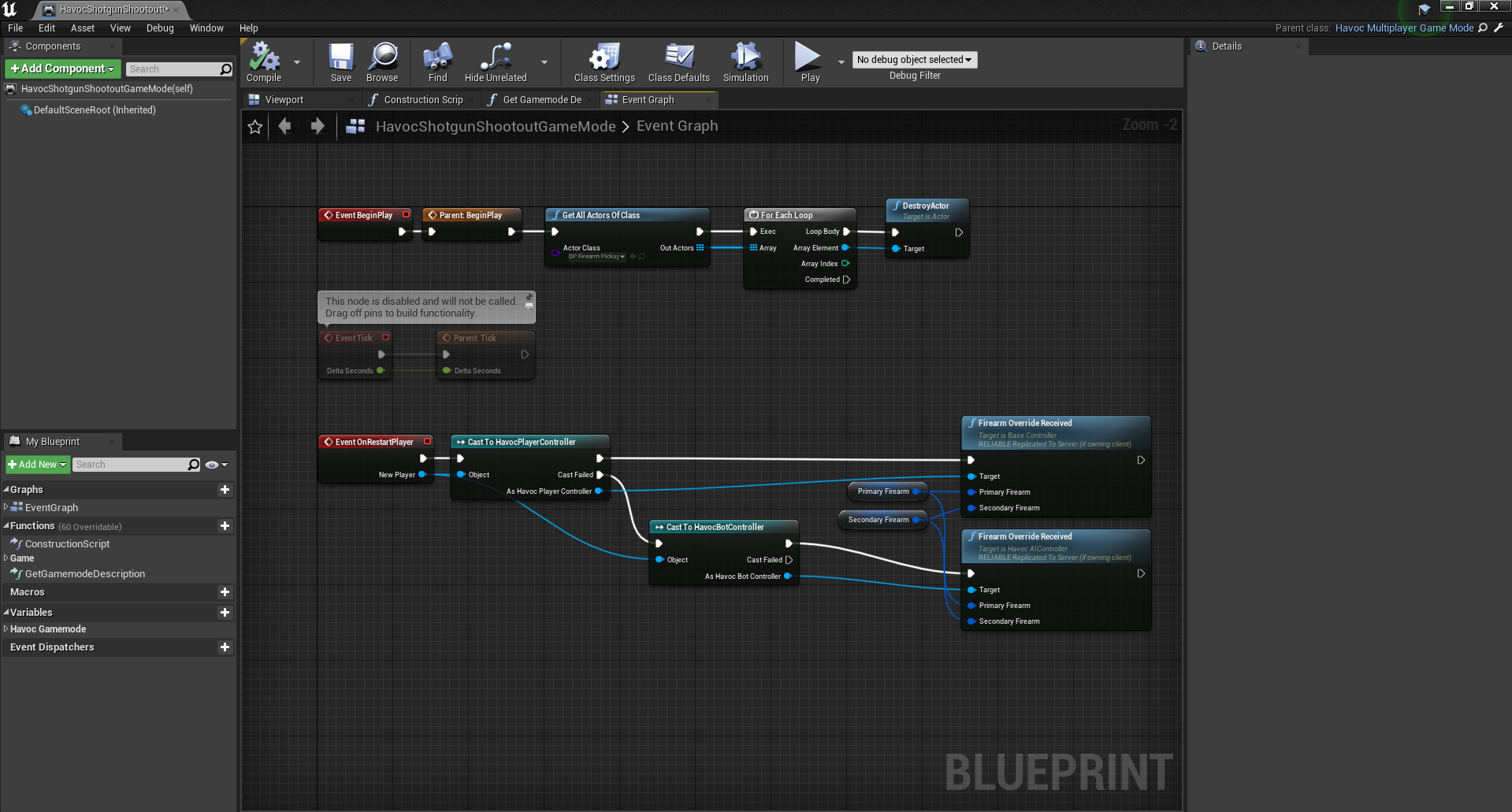 In Super Hamster Havoc most types of data in the game exist as UObjects in C++ such as the characters, guns, and equipment in the default game module with factories and asset actions implemented in the editor module for the purpose of creating context menus for asset creation and allowing individual entries to be modified while still referenced centrally in data tables.